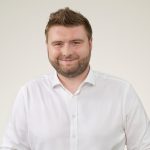 Daniel Lee is a Hydrogen Business Development Manager at INEOS, a global chemical company, where he is responsible for the development of hydrogen projects in the United Kingdom, Nordics and Spain. INEOS, through its subsidiary INOVYN, is Europes largest operator of electrolysis technology for the production of chlorine, caustic soda and low carbon hydrogen. INEOS has recently launched a hydrogen business to build on these capabilities and invest over €2 billion in Green Hydrogen production.

Previously, Daniel has worked in plastics circularity at INEOS and led the development of bio-attributed products (olefins and polyolefins), manufactured using renewable bio-based raw materials that do not compete with food production. He has also spent time working as a Greenhouse Gas Intensity Analyst for an Oil and Gas Major.