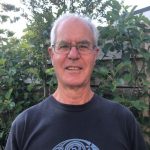 ‘A rural response to a global crisis’

’the story of one Warwickshire village’s determination to contribute to meeting the challenges of the climate emergency, from small beginnings to more adventurous plans.’

Bob Sherman founded Harbury Energy Initiative, a village low carbon group linked to the Parish Council, in 2010 and has chaired it ever since. During the last ten years this informal organisation has secured grants to insulate the community library and the Harbury Rugby Football Club clubhouse, to install solar panels and LED lighting in the village Primary School and LED lights in the scout hut, to start an electric car club (now closed), to install a 19kW battery in the village hall linked to their solar panels and has enabled discounts on 13 domestic battery energy stores and other devices. HEI initiated two other organisations, Harbury e-Wheels, a free social transport charity using electric cars, and Low Carbon Warwickshire Network, both of which Bob chairs. In association with HEI, Harbury e-Wheels is now developing a village EV charging station with a Stage 2 grant from the Rural Community Energy Fund.

Bon has recently award of a British Empire Medal for the work of Harbury e-Wheels.